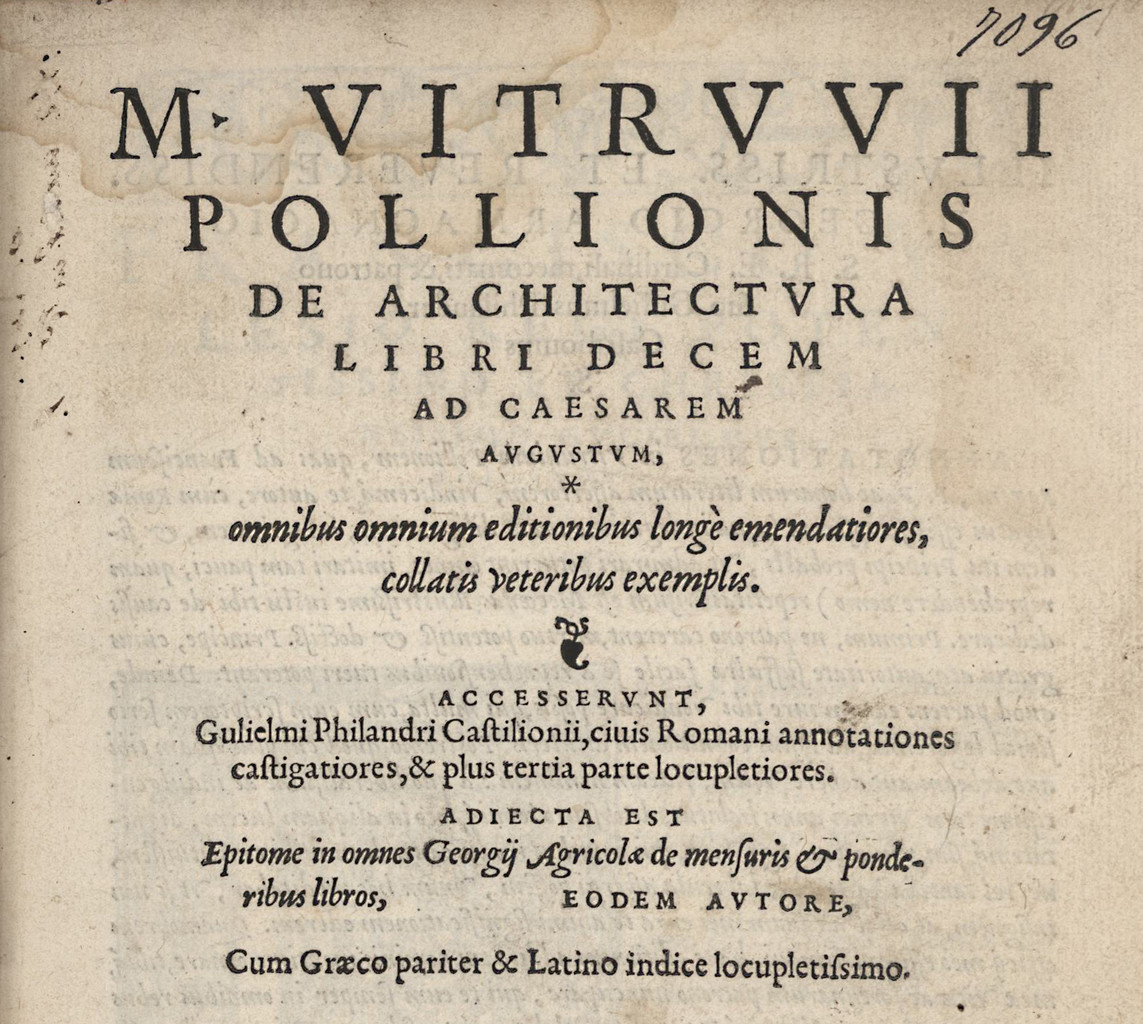 Marcus Vitruvius Pollio is a Roman architect who lived in the first century BCE. He is only known because of his ten volume treatise on architecture, De architectura, which he dedicated to the emperor Augustus. It is based on the Greek principles that Vitruvius compiled and codified.
De architectura was immensely successful after his death, due to its precision, technical descriptions, and the belief that it expressed the essential elements of Roman Classicism of true beauty in balance.

From the lower middle class of municipes (citizens) and the colonies of northern and central Italy, Vitruvius was a low-ranking civil servant who belonged to the middle class of salaried technicians. He was in the team of men in the army in charge of building and maintaining the machines used for sieges and ballistics. In later years, he enjoyed the protection of Augustus’s sister, Octavia, who provided him with a pension after his retirement.

Add to bookmarks
With funding from the
DRAC Languedoc Roussillon

More info
A Word from the Authors
Credits