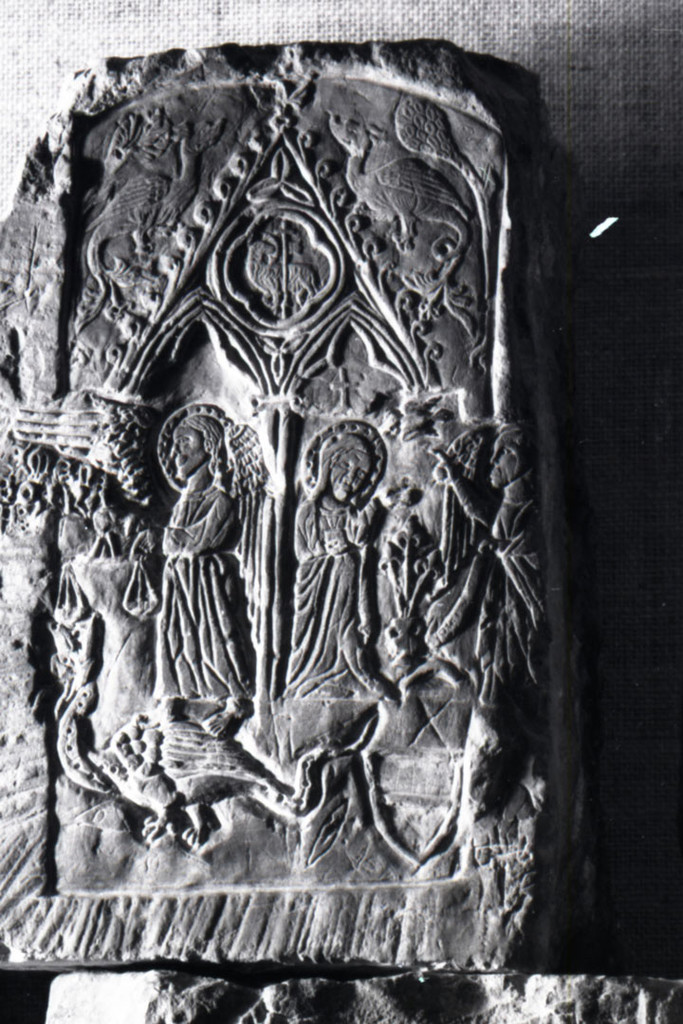 Several bas reliefs were discovered around 1800 when the "parasite" constructions in the amphitheater were destroyed. They are from the Saint Martin of the Arena church, which was built in the amphitheater in the 11th century. However, they were created around 1300, and signed by their sculptor, André Vasal, a rare occurrence for religious sculptures. The coats of arms on them have been interpreted as those of the knights of the Arena, perhaps an allusion to the patrons who financed the creations of these sculpted reliefs. These blocks must have been quite low to be able to read the scenes that were sculpted on friezes.
The scenes reflect an era, the Middle Ages. They relate the various episodes of the New Testament, a Christian text that comes from the bible, as well as the lives of the saints and of King Louis IX.

Add to bookmarks
With funding from the
DRAC Languedoc Roussillon

More info
A Word from the Authors
Credits